Geophysical gravimetric method is based on variation of the gravitational field of the Earth, depending on its structure. Any non-uniformity in the density distribution generates its own gravitational field. This distribution depends also on the size, shape and depth of the occurrence of the heterogeneity. These are geological structures and forms of anthropogenic as faults, fracture zones and loosened, emptiness, elution. In the areas of occurrence of such events are generated negative gravity anomalies. Application of engineering version called microgravimetry gives especially good results in the detection of voids present in the subsurface. It allows to predict the risk of expansion and discontinuous deformations.

Gravimetric studies are usually carried out in the survey profiles and grids. 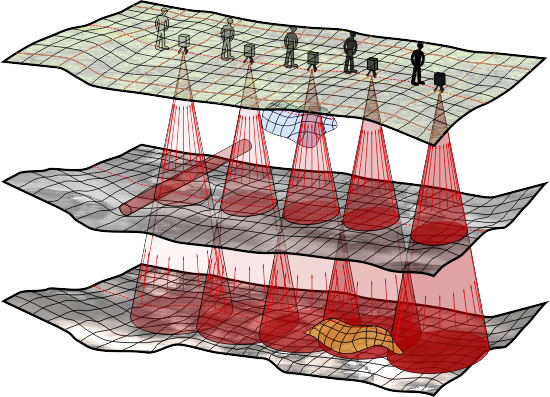 Microgravity observations on the measurement points are made using instruments such as gravimeter Autograv CG-5 prod. Scintrex Ltd Canada. Field measurements require the introduction of a series of amendments that are critical to the final results. The results are presented as the distribution of gravity anomalies in the Bouguer reduction and residual anomaly maps. 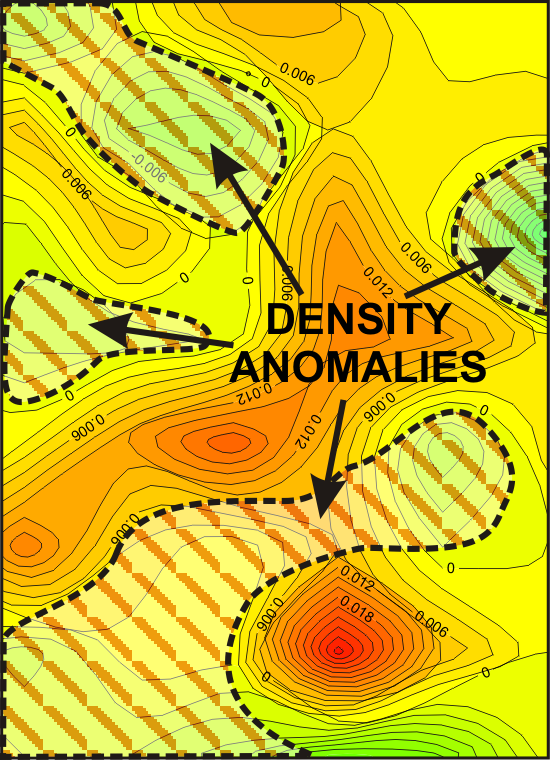 Microgravimetric method is widely used for: